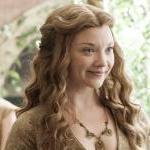 This post so inaccurate that rumors of its existence have actually started flitting around the Ed school. Good work OP, you've made yourself legendarily ill-informed and bitter.  I am a current P

@OperationPhDforMe hi, this is a bit of a delayed response but just want to clear something up in case someone else reads your post. Most HGSE PhD graduates receive an EdM en route to their PhD, they