Bringing the focus back to the point of this thread.... ASK (THE GRADUATE STUDENTS) ABOUT MENTAL HEALTH SERVICES and the Department's attitude toward mental health concerns During my last visitat 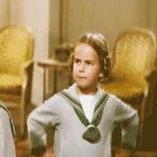 A lot can be said for the collegiality of the dept. Last year, I was choosing between two top 10 programs, but one was slightly higher ranked. On the visit day for the better program, I saw that stude

1) Language study support 2) Are there enough courses to support  your needs? (This is critical if the program is looking to get smaller) What if there aren't enough courses? Will your adviser be