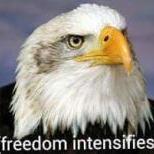 Welp, I received my last application decision last night. So I guess this cycle is over for me! I'll be posting my profile in the other thread once I make my decision (probably on Sunday).  I wis

Officially struck out this year so I'm done here for now, but congrats to everyone who got in this cycle! For those who did not, solidarity :).

Claiming a rejection from Columbia (email to check the portal this morning). Also claiming a Harvard acceptance (got a call this morning). Only have Yale to hear back from, and after that I'll post my