By Rrandle101,
January 17, 2020 in Literature, and Rhetoric and Composition 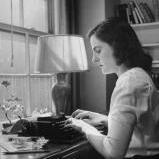 I pledge allegiance To the Susans* Of the Princeton University English department And to the novel For which it stands ... *Wolfson and Stewart obvs --- Okay I'll st