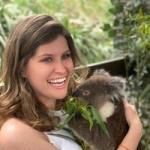 So, I took a break from posting on here to check my email, and guess what I found in my inbox--an invitation to advance to Stage II of my application for poetry to University of Mississippi! I know th

I just received my first response from Ohio State for creative nonfiction. I've been waitlisted!! I am so, SO excited, and REALLY hoping I'll be moving back to Columbus this summer (I'm moving from ov