Anyone else regretting not applying to more schools? 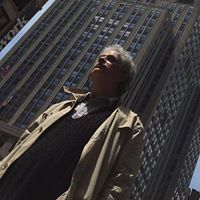 Since in the end I applied to 14 programs, my answer is no.   If I had to do it again, I’d probably omit a couple and try a different mix of departments. Also, I’d focus more precisely on “fit.” Pra

Hrm your post does not really fit in with this thread....

Like, now that it's nearing decision time... why didn't I apply to more schools in warm climates? Or maybe I should have applied to a couple more "safety" programs. Oh my god what if I don't get in