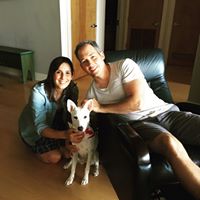 Woohoo got into UCLA! Now its decision time!

got accepted today to csulb. its feb 7

Accepted my offer of admission to UW today