By Two-Headed Boy,
February 19, 2016 in Literature, and Rhetoric and Composition

I'm in at Mississippi! 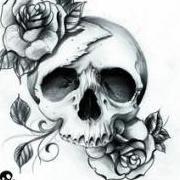 Hi everyone, thanks for all the congratulatory comments! @redjacobin, thanks so much for your decline, talk about a windfall for me. Crazy how the dominoes fall, isn't it? Well, that's it for me - I a

Just got in off the waitlist at UVa! I...am so happy, I can't even say.