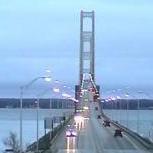 I GOT IT OMG I AM DYING!

Just got notified - I got the research Fulbright to Germany!!!!!! Best possible news to wake up to here on the West coast <3 SO HAPPY!