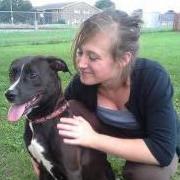 By marjorie_emc2,
June 8, 2016 in Statement of Purpose, Personal History, Diversity