too specific with research interests in PhD SOP? 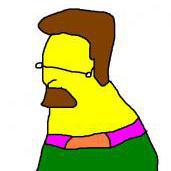 By dreamsfrombunkerhill,
October 10, 2016 in Statement of Purpose, Personal History, Diversity