By SLPhopeful1,
October 13, 2017 in Speech-Language Pathology 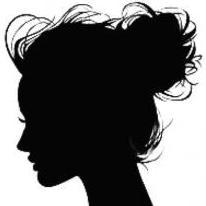 Vicki just emailed me this morning, and I finally got off of the waitlist at U of A today  ?

Hello SLP friends, I've been reading through these forums for about 3 years now. Like many of you, SLP is my passion. Not a day has gone by that I haven't thought of SLP. I view all of my work, l

Just got an offer of admission to the U of A! I am SUPER relieved after hearing other people get in nearly a month ago. I will definitely be accepting!