MA/MPhil in Latin American Studies-- too many options, or none?! 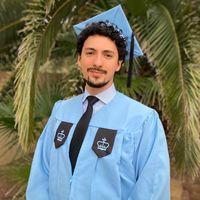 By houbeni,
February 21, 2020 in Interdisciplinary Studies