visual anthropology - what are my chances? 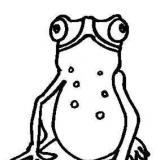 By losbatracios,
September 26, 2017 in Anthropology Forum