The 'Am I competitive' thread - READ ME BEFORE POSTING 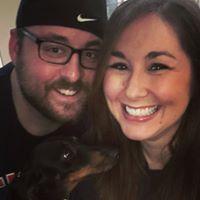 Put in the specific context of Government Affairs I see that my comments are not applicable. I didn't realize what topic the thread was under, I just clicked and started writing. Think before you ty

I think there are too many differences from one program to the other in order to make this sticky. For instance, my program (economics) seems to require a much stronger transcript and GRE score than