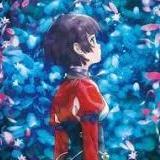 By bakedmanapua,
September 11, 2017 in Interdisciplinary Studies