How are the 2019 applications coming 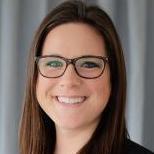 Hopefully I get these tags correct... Here is an update from what I know! I am sorry to tell you @5beats3summers but I received an official letter of acceptance for Stony Brook in late January wi

Im sure everyone is pretty stressed about waiting, so heres to hoping everyone who hasnt heard something gets good news soon!

Historically this is the now the time where the bulk of schools start releasing acceptance and/or quasi-acceptance info (e.g. visits).     Just wanted to wish everybody good luck in these ne