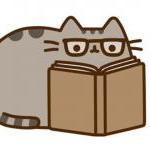 This has been a thread I'd like to contribute to for a while, and I am so very glad that I finally am in a position to do so! Please pardon my typos and the bad grammar.  Current status (2017-201

I'd like to add that if you have an offer from a "top 10" program and are upset that you got "rejected" from "lesser" programs, it says so much about how you control your ego.  Such a "rejection" actu

I applied in the Fall 2019 cycle to 5 schools and ended up with 4 rejections and 1 admit. My general background: 2 years at a SLAC/Ivy right out of high school (3 strong semesters followed by one disa