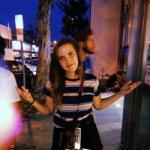 By jujubean,
November 11, 2020 in Communication and Public Relation Forum

Hi everyone, My admission cycle has officially come to an end after getting accepted to NYU's MCC Ph.D. program. I received a call a couple of hours ago and I am still processing this new real

Oh my god all this talk of UPenn is making me nervous. I really like their program so they're my #2. But in happier news I got in to George Mason today!

Admissions Update: I got into Rutgers!! Rutgers was the only school I applied to so I was nervous waiting to hear back. I am relieved that I was accepted and can't wait for recruitment day in Mar