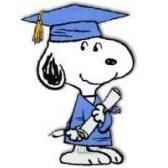 By EgyPsychologist,
July 27, 2017 in Psychology Forum

Just got an email from UNC: Charlotte, their interview day is February 23rd. On my way down, I'll be sure to stop at NC State, roll my eyes, then drive into the night.

I will be attending Penn State!

I will be going to UGA!