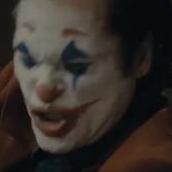 This may be controversial: I don't think that it's worth investing your heart and soul into the Ivies or the UC's. For domestic & international students alike, it's a game of 3D chess to determine

I’m not so sure about this. I was under the impression that most admissions committees (for PhD at least, med school is a completely different story) really only care about research experiences and ac

Declined my offers and accepted my top school! Very excited, officially going to start my PhD journey this fall. Good luck to you all! Sending so many good vibes.